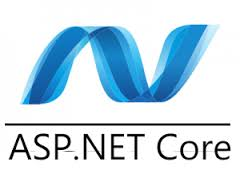 ASP.Net Core Developer: Today marks the beginning of the next phase of my development career. Actually it’s somewhat of a completion of the circle because I started out thinking I was going to be a web developer, which was sometime around 1997 (Wow! That was almost 20 years ago). At that time I was using an early version of Front Page working with static html.

It wasn’t long after I started that I found a technology, at the time, called Active Server Pages which allowed a me the ability to do dynamic content. I was hooked and I dove deep into it. I immediately went to the local Barnes and and bought a Teach Yourself Active Server Pages in xx hours/days (or some unrealistic time frame) and worked through the entire book. I learned a lot from that book and really enjoyed working with the technology.

The problem that I had and the reason that I left the web developer path was a pesky little technology called JavaScript. At the time I could do a lot with ASP but it was clear to me that all the cool stuff on the web was being done with DHTML, which was the term at the time for HTML, JavaScript and CSS. I tried to learn JavaScript multiple times and it just never took hold for me.

So by accident, around 2001, I stumbled into desktop development, loved it and never looked back. I started with a MS Access/VBA project, later moved to a VB.Net projects with SQL server and did that up until about 5 years ago where I transitioned to C# and WPF when it became available.

In the last 20 years a have dabbled, from time to time, in the web dev world but always bumped up against JavaScript and lose interest. When Microsoft started promoting MVC I decided to try again I found that I really like the model, which for me timed pretty close to the time that JavaScript was being made better by the libraries/frameworks that were being built around it to make up for any short comings that came with vanilla JavaScript.

So I continued to dabble in it for several years but never found a compelling reason to step out of the comfort of desktop development and into web development. However with Microsoft’s announcement of ASP.Net core (formaly ASP.Net 6) my interest has been ignited again, and with all the mature JavaScript libraries out there to choose from I think this time it is going to stick.