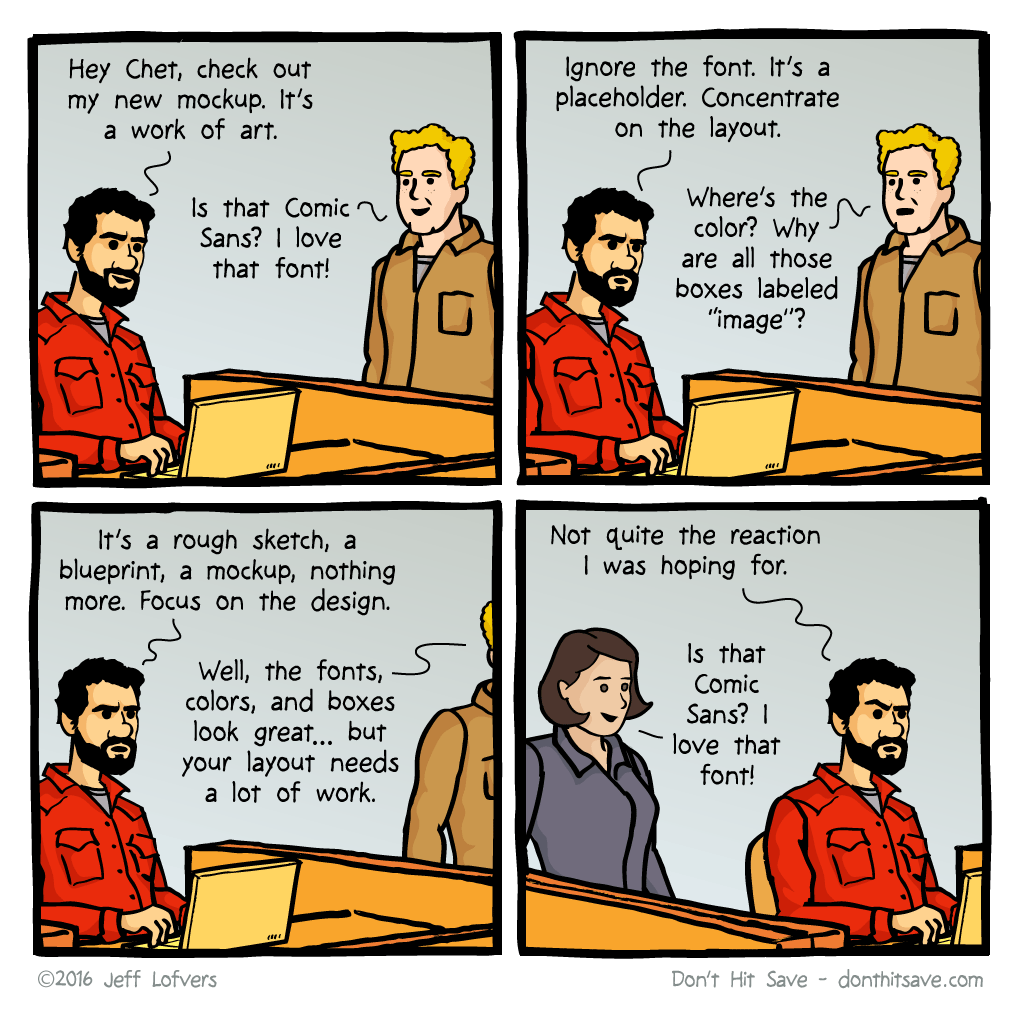 Lifted it from Don’t Hit Save.

In four panels this describes my life as a developer. 😉 As soon as I seen this I had to re-post it because I have lived this. Over and over. Although (somewhat) tongue in cheek it is one of the reasons that I don’t like to show early prototypes (or mock ups) to the end user. For whatever reason people like to focus on the look of it and ignore the feature set. I am sure that it is because it is much easier to hone in on the concrete and less on the abstract. But that doesn’t ever change the let down I feel when I show a non developer some feature that I have worked on that pushed the limits of what I could do and all they see is the font, color scheme, etc.

And for the record this is not a complaint. I absolutely love getting to solve complex problems with code. So much so I wish I was better at it.